On May 19th members of the MMTA Safety Management Council were able to observe the Maine State Police, Troop K, as they conducted inspections during the nationwide Road Check effort. This annual event is a 72-hour detail, conducted nationwide on the same three days with a special emphasis each time. Each May Safety Management Council meeting is held in the field, and this year we met at the northbound weigh station in York.

This year’s gathering had special meaning as it focused on wheel end inspections and was inspired by the lessons learned during the investigation into the tragic death of Detective Benjamin Campbell who died on April 3, 2019 when a tire separated from a log truck and struck the Detective as he was assisting a motorist in Hamden. Troop K had previously shared the knowledge with CVSA colleagues that they had gained during the investigation and CVSA dedicated this year’s efforts to wheel end inspections as a result.

Troopers and Motor Carrier Inspectors took time away from their work to educate and answer the questions of several member companies that participated at the SMC meeting. SMC members were not only able to ask questions, observe the latest technology being utilized by Troop K, and better understand what happens at roadside as commercial vehicles are inspected – but they were also able to observe a Level I inspection conducted during the event.

MMTA would like to give a special thanks to Inspector Dan Russell who gave a great presentation on wheel ends, and to all of Troop K who allowed us to job shadow for the inspections. 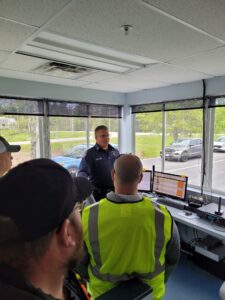 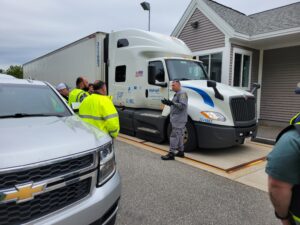 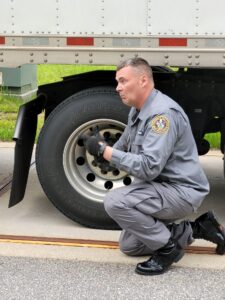 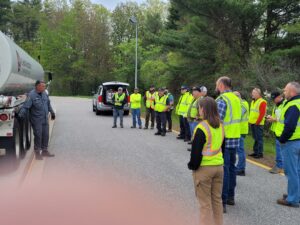 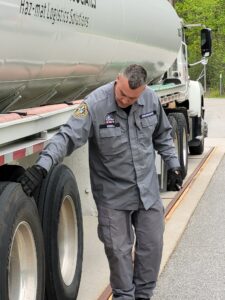 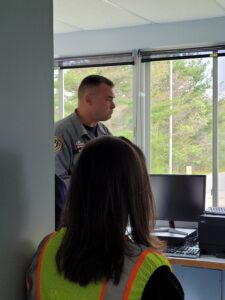 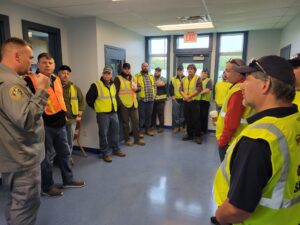